The dangers of false information in relation to serious circumstances 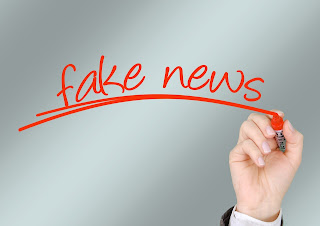 Due to current events related to the coronavirus pandemic, we could not help but notice an increase in false information being circulated around social media. Like any other piece of information we encounter; be it true or false, this has an effect on our mental well-being and it is in our best interest that we know which sources to trust, and when it is time for a social media cleanse to help with our anxiety.

Multiple sources and data have shown us that there is a correlation between social media usage and symptoms for anxiety and depression becoming more severe. Adolescents and young adults are specifically more susceptible to such negative effects due to the amount of time they spend on social media.


Moreover, there has been a significant increase in fake news about the COVID-19 pandemic; and such fake news is presented and consumed through social media. Popular coronavirus news source Gerald Fenech wrongly predicted the amount of cases to be announced on Wednesday 12th August; claiming that a new record of 70+ cases would be announced. Fenech allegedly asked his followers for money to release more information.


Similarly, in the United States, president Donald Trump falsely remarked that children are “almost immune” to the virus and defended the use of a particular drug for covid-19 treatment, when he does not have the ability to prescribe, nor any expertise in medicine. Another example of fake news was observed a couple of weeks ago when an alleged case at Qormi SkolaSajf was first announced by a news source and later the headline was changed when the health minister denied claims. According to Europol, fake news about covid-19 promotes the use of fake medicinal products which could be potentially dangerous, promotes a false sense of security, and makes us suspicious of official guidelines and sources.

Therefore, we urge news sources and any other platform with a following to be sure about what they are posting and to avoid using anxiety-provoking words and phrases in their headlines. We also urge everyone to be mindful and think twice about what sources they believe. As Betapsi, we have come up with a couple of tips to help alleviate anxiety related to media consumption, how to tell which sources are trustworthy, and where to find help. If you are noticing increased anxiety, we suggest trying to limit social media usage to a short amount per day or reducing it bit by bit. We also suggest speaking to someone you trust and who cares about you.

If you see something and are not sure if it is true or not, wait for official guidelines to be released before you believe and act on what is said; only trust news and guidelines coming from the health directorate. Sources that use incorrect spelling and grammar, exaggerated animations, and all-caps text are often untrustworthy; and if a source is asking for money and/or any other favour to give you information do not play along or pay them. Please reach out to the general helpline on 179 or the other services in Malta if you believe that you or someone you know needs help.

Media consumption in general has a negative effect on our mental health, let alone the consumption of fake news during such a stressful time for everyone. Not all we come across is true and therefore trustworthy; and not everyone has good intentions at heart. Please stay safe and think twice about which sources to believe.