Why are we so fascinated with murder mysteries? 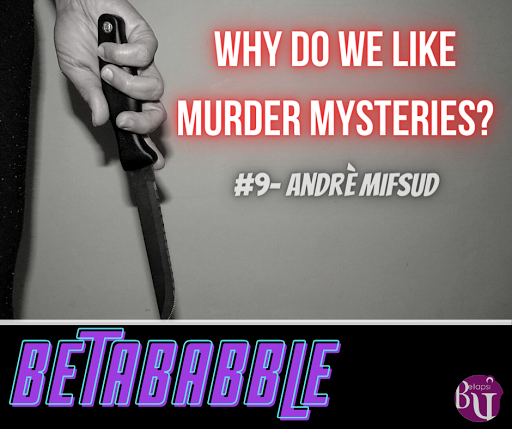 Murder is most definitely a grave and emotional topic– yet people are so fascinated by it. Agatha Christie, who wrote 66 murder mysteries in her career, remains the third most printed and sold author of all time, following the Bible and William Shakespeare. Netflix shows like Toyboy and Elite all remain top trending worldwide, and the reason is that people just love a good murder to solve!

So, this begs the question:

Why are we so obsessed with murder mysteries?

First and foremost, people are so fascinated by murder mysteries because they fear death. In his article on Psychology Today, David Evans (2019) explains murder mysteries as a journey from fear to reassurance. The structure of the traditional murder mystery is very much archetypal: the murder occurs, and the detective solves the loose ends and restores order by enforcing justice. So, just like all fairy tales end with a “happily ever after”, all murder mysteries end with the murderer being revealed, incarcerated, and receiving justice – giving the readers a sense of closure. As opposed to real life, where a number of murders remain unsolved and perpetrators remain on the loose, the crime in a murder mystery is always solved, inducing a sense of security that justice prevails.

In addition, something as fearful as murder not only becomes controlled, but also becomes trivialised. Murder becomes as mundane as the setting in which it occurs, such as the village of St. Mary Mead as depicted in the TV show Miss Marpleor else Father Brown’s parish in Kembleford. After 264 episodes of Murder, She Wrote, Jessica Fletcher is no longer surprised when a corpse shows up on her doorstep – in a way, viewers become desensitized to death. Death becomes as mundane as Father Brown’s sermons during Sunday masses, or old-lady gossip in St. Mary Mead. It is presented as if part of daily life, in a familiar environment to which viewers relate and belong. That is why murder mysteries are oftentimes called “cosies” – it is a cosy environment in which murder is set to take place.

But of course, murder mysteries comprise more than just murder. Granted, it is the pivot around which the plot centres, but there are further components that build our murder mystery prototype. There are the red herrings, the hidden clues, the impossibility of a locked room mystery, the false testimonies, and the verification of alibies– all of which would be deemed interesting and fantastic, if not exclusively related to a loss of life. But the inclusion of all these extraordinary happenings in a setting which is very much ordinary – a train carriage, a flight cabin, a country house, or a quiet village – makes the ordinary feel extraordinary and the mundane a potential adventure.

Notably, people want to understand. Out of the many things that the attribution theory has taught us in social psychology, we know that people have an innate bias to explain. Just like detectives, we want to attribute causality. Evidentially, this is the whole premise of murder mysteries: an unexplainable death takes place and means, motive and opportunity must be rationalized. It is one journey from the not-knowing to the knowing, in which the readers are actively involved and teamed up with heroic figures such as Sherlock Holmes, Hercule Poirot, Miss Marple and many more, all working together towards solving the crime.

In fact, people love puzzles. People love to think they are good problem-solvers, believing that through analogies they can generalise their problem-solving skills to solve real-life problems, as smoothly as they solve fictional ones. This impacts self-efficacy, defined by Bandura as one’s beliefs in one’s own abilities.

In S.S. Van Dine’s definition of a murder mystery, he states: “The truth of the problem must at all times be apparent — provided the reader is shrewd enough to see it. By this I mean that if the reader, after learning the explanation for the crime, should reread the book, he would see that the solution had, in a sense, been staring him in the face…”

This, of course, leads to hindsight bias– or else the I-knew-it-all-along effect– a phenomenon through which people are under an illusion that a past event was predictable when it wasn’t, and so they erroneously generalise that they can also predict similar future events just the same.

So, people love puzzles and that’s why they love murder mysteries. But the real puzzle in a murder mystery, rather than the crime itself, is the psychology of human nature. Agatha Christie states: “Crime is terribly revealing. Try and vary your methods as you will, your tastes, your habits, your attitude of mind, and your soul is revealed by your actions.”

So here, one asks the question: are murder mysteries all about solving a crime, or are they rather about gaining insight into the psychology of the victims, suspects, and even murderers? A murder mystery can be solved when the life of the victim and the motive of the killer are respectively understood, therefore leading people to believe they have a good knowledge of human nature, and thus generalise the success of solving a crime to them being good judges of character– an essential skill for daily interactions, which solving a murder mystery indirectly reinforces and consolidates, elevating self-esteem.

In conclusion, in true murder mystery spirit, it is good to note that as Hercule Poirot would himself comment, this review is nothing but mere conjecture, and the real drive for this fascination might never be deduced with certainty. Perhaps, this fascination with murder is a bigger mystery than are murder mysteries themselves – a question that no world-famous detective, let alone I, can ever truly answer. 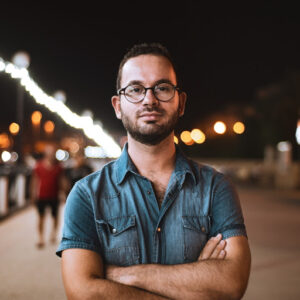 BA in Maltese and Psychology, 3rdYear