Religion: An Unconscious Panic About Death 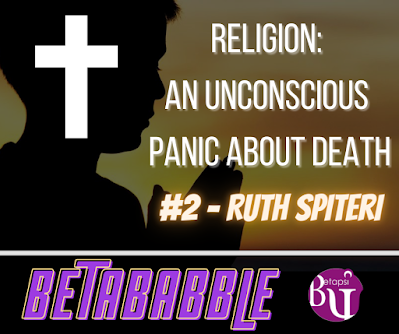 Sometimes children prefer their grandparents over their own parents.  Grandparents treat them better, they’re nicer and they give them their favourite food. Parents are usually quite jealous, and say that back in the day, the grandparents weren’t always that nice and used to give them quite a few spankings. Maltese grandparents also tend to place great importance on religion and attempt to pass it on to their grandchildren; urging them to pray and say the Rosary in full, because God is surely watching over. And, as a child, you might have wondered: ‘Were they always this way?’

The answer is no – and your parents knew that.
In the 1950s, Catholicism was a central part of Maltese culture.
Children were made to attend church by their parents. As children they heard the gospel, they understood the simple lessons of the parables, and above all they learned that being a good Catholic is important – but they were not overly concerned about it. However, they also knew that if they didn’t comply with religious teaching (i.e. go to mass, do their confirmation etc.) they would be severely punished for being different. And so, at that age, it’s a simple matter of reward vs punishment: operant conditioning.
As teenagers, they were either not too concerned with religion, or else they secretly saw it as very unimportant and irrelevant to their lives. They might have done rebellious things, like underage drinking, smoking, vandalism and trespassing.
Then they became parents themselves. Of course, they kept going to church and took their children with them. The only alternative would be social exclusion; people refusing to associate with them, their children bullied and outcasted. At this age they understand that religion is somewhat necessary to guide their children’s moral development, and so they do not question it.
Their children grow up, and our aging parents reach their forties. They see their body starting to break down; their skin wrinkles, they get weaker and slower. They get a stern warning from their family doctor that they should start taking better care of their health. And soon they realise that the decades of chronic diseases are upon them.
Over the next two decades their character changes quite a bit.
They start taking religion more seriously; they go to church more often, pray harder and start saying the Rosary in full. They start including God more in their everyday life: “Jekk Alla jrid” (if God wills it), “Alla jaf meta” (God knows when) and “Alla jbierkek inti” (God has blessed you).
Eventually they will believe fully that God controls their life and guides them, and that he can be influenced by their prayers. At this point they have also become nicer, more generous and more forgiving of people’s flaws.
They will attempt to pass on their religiosity and generosity to their grandchildren. And this version of ‘nanna’ and ‘nannu’ is what their grandchildren will experience.
But why this drastic change? It’s because they fear death.
After fifty, when most have gotten their first health scare, they start seeing death around every corner; waiting to take them from the world in the form of a heart attack or a stroke. And they believe that after death comes the divine decision of whether to be sent to Heaven or to Hell. And so, they make sure to overcompensate with their generosity and kindness in their later decades to secure their spot in heaven.
Of course, they are largely unaware of their unconscious reasoning, and will insist they were always kind, generous and devoted Catholics.
But maybe, it also has to do with a need to leave a mark on the world. To be remembered fondly by others as a good person, for generations to come.
Ruth Spiteri
Bachelor of Psychology Honours 2nd Year 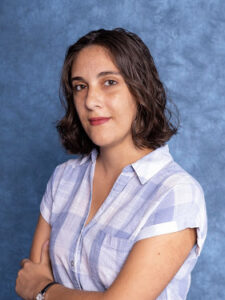